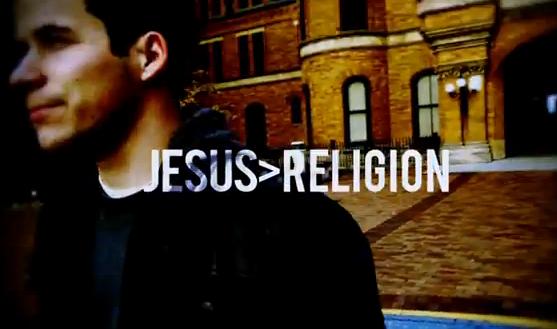 What is this about?

Jefferson Bethke is most well known for his YouTube video Why I Hate Religion, but Love Jesus.

Most of his videos, if not all, revolve around God and his teachings in the Bible. Most importantly, he is adapting those teachings and applying them to the modern world.

These videos have created an immense amount of controversy as they have been circulating around the Internet; but non-more than the video mentioned above.

This video is a poem Bethke wrote that suggests that religion has the teachings of Jesus all wrong.

The most popular quote in this video is, “the church should not be a museum for good people, it should be a hospital for the broken.”

While some people agree with his ideas…

…Others find his beliefs to be offensive and ignorant.

However, Caitlin O’ Toole, a young adult who was born and raised Catholic,  seems to side with the group that agrees Bethke is modernizing the Bible in the right way.

She says that she agrees with nearly everything that Bethke said.

“I used to describe myself as religious growing up. As I grew older, I became more aware that I truly do not agree with many of the things that my religion preached. Homosexuals and divorcees are looked down upon. Religion preaches to love our brothers and sisters, but there seem to be restrictions on the ones that do and don’t deserve our love. Why do there have to be so many rules? God still loves everyone even though they sin, so why is the focus on the hate?”

O’ Toole offers many questions that no one can really seem to answer; they are only able to speculate. She also agrees with Bethke and believes that the church has, in a way, become corrupt; and has become more of a business rather than a temple for worship.

“[Organized religion] has to get by somehow, and that is through donations. But why do they need to constantly grow and receive more and more amenities? Jesus taught us to live modestly. There are people who do not have amenities at all, or even the basic needs for any man. They are the ones that are in need of the donations.”

On the other hand, some Christians have not taken the popularity of Bethke’s video very well.

Father Claude Burns made a response to the video by creating his very own, and by using the same aesthetics and tone that Bethke used.

He writes below the video, “The purpose of this video is to do a response from a Catholic perspective, in a spirit of love, but also with a spirit of passion to defend our Mother the Church. The things that are said are not meant to offend, but we do have to be direct about what we believe and what we stand for.”

This video has resulted in some controversial  discussions as well.

Regardless of one’s belief and own ideas on this topic, not one person can deny the fact that religious dissension will never subside.